A Rare Sighting of a Leucistic Hummingbird 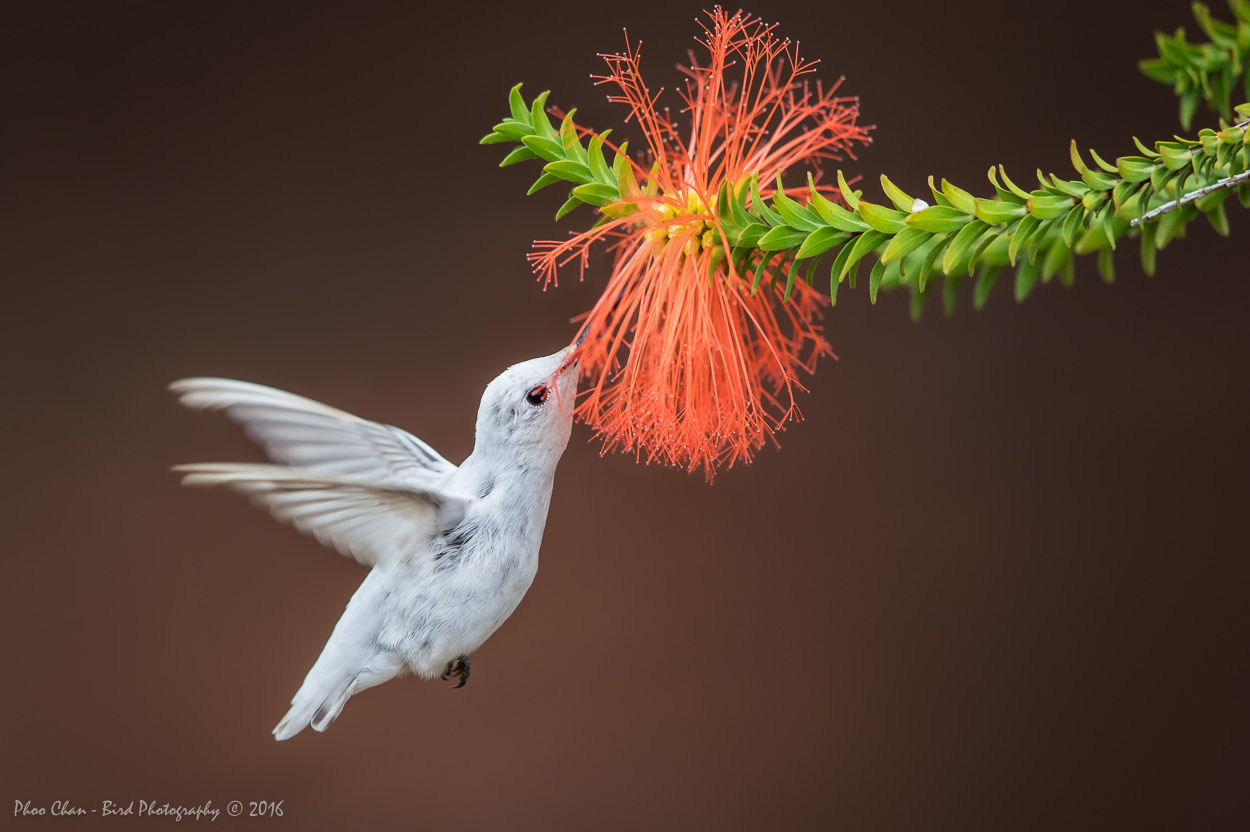 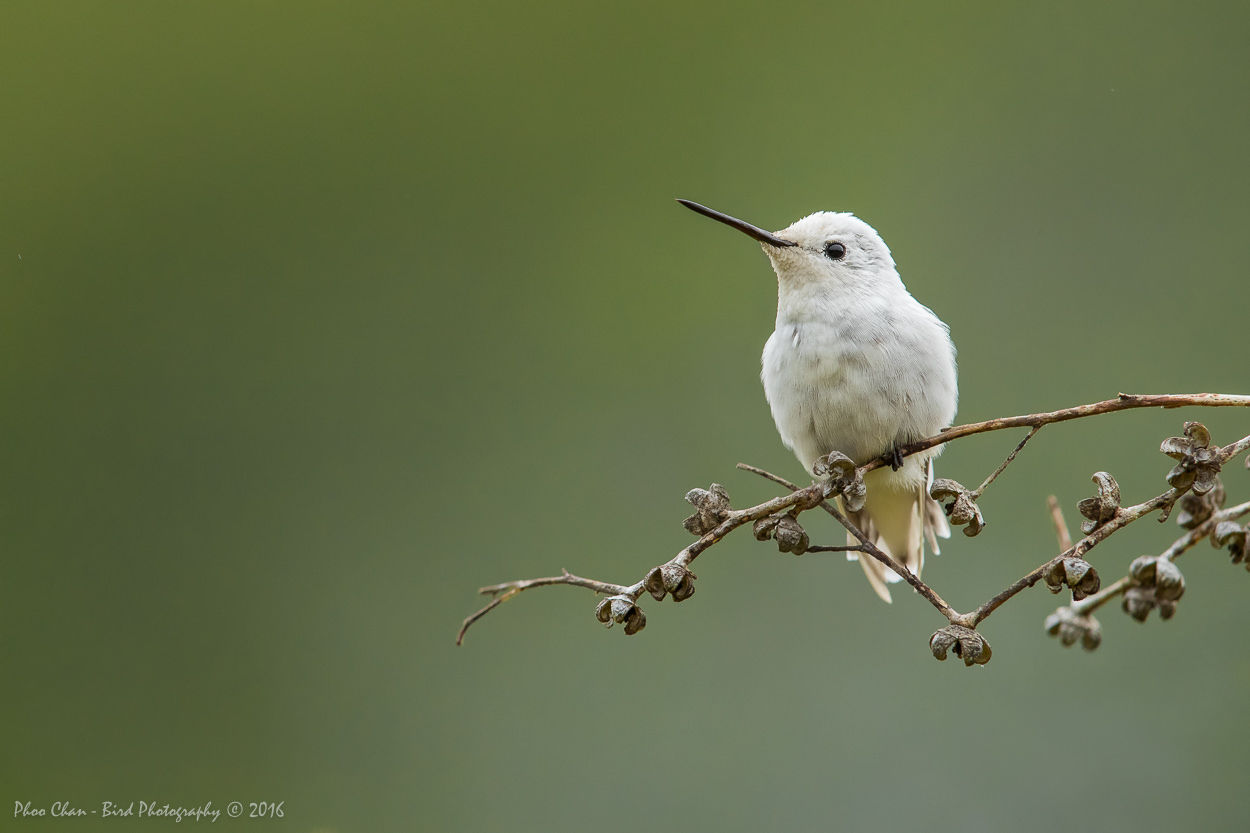 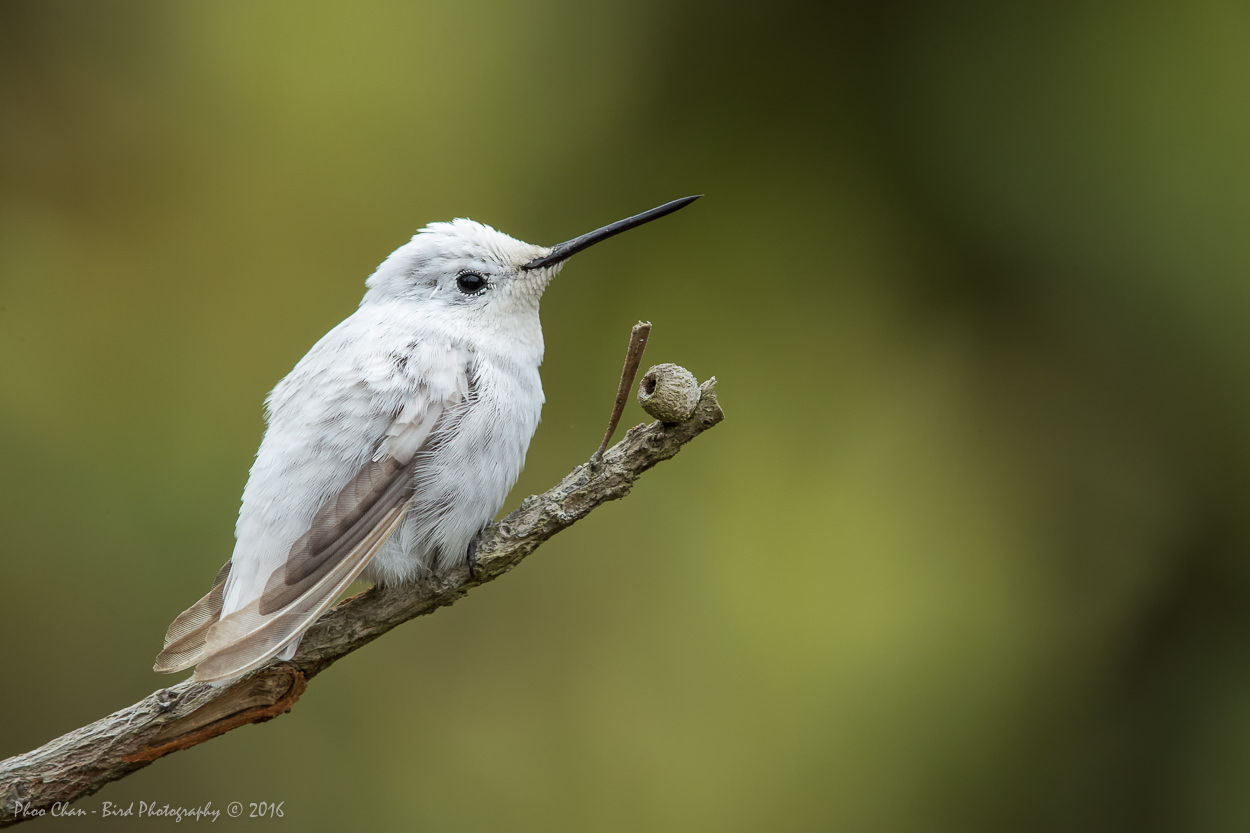 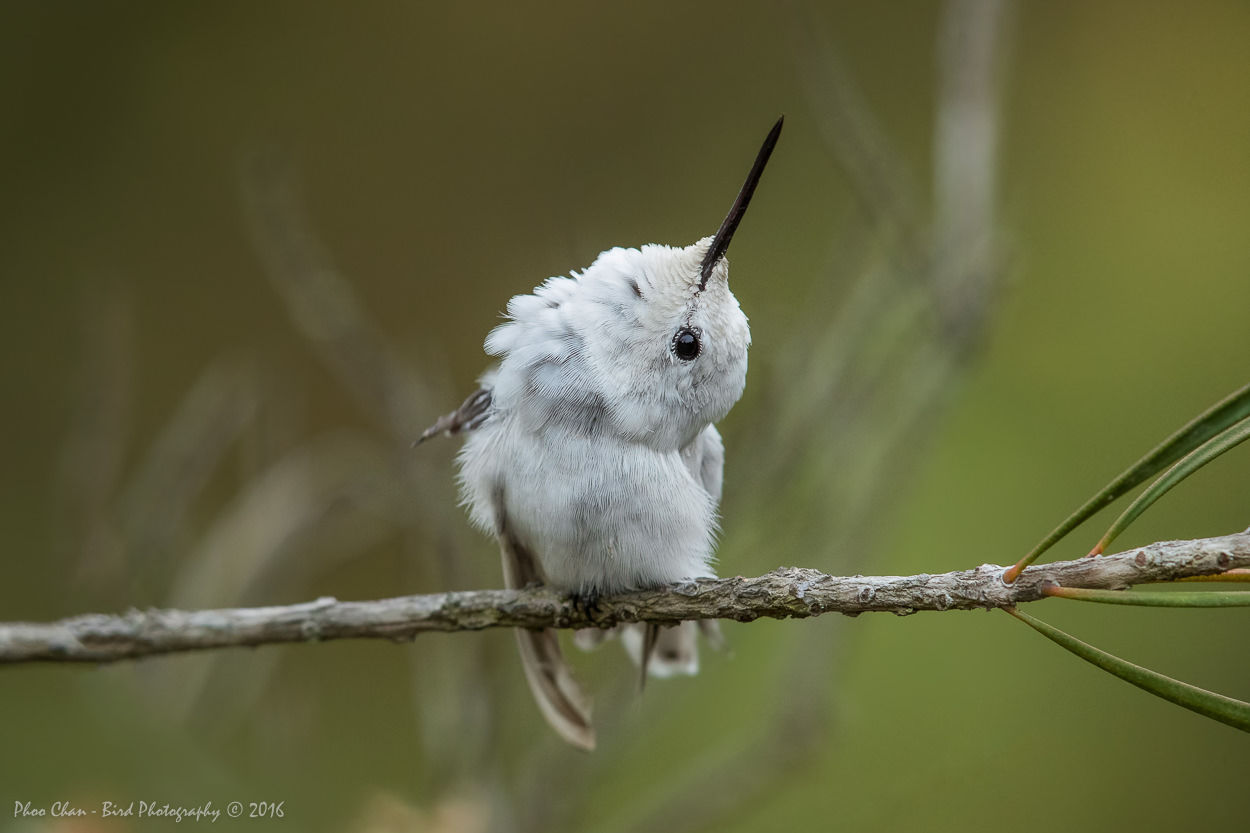 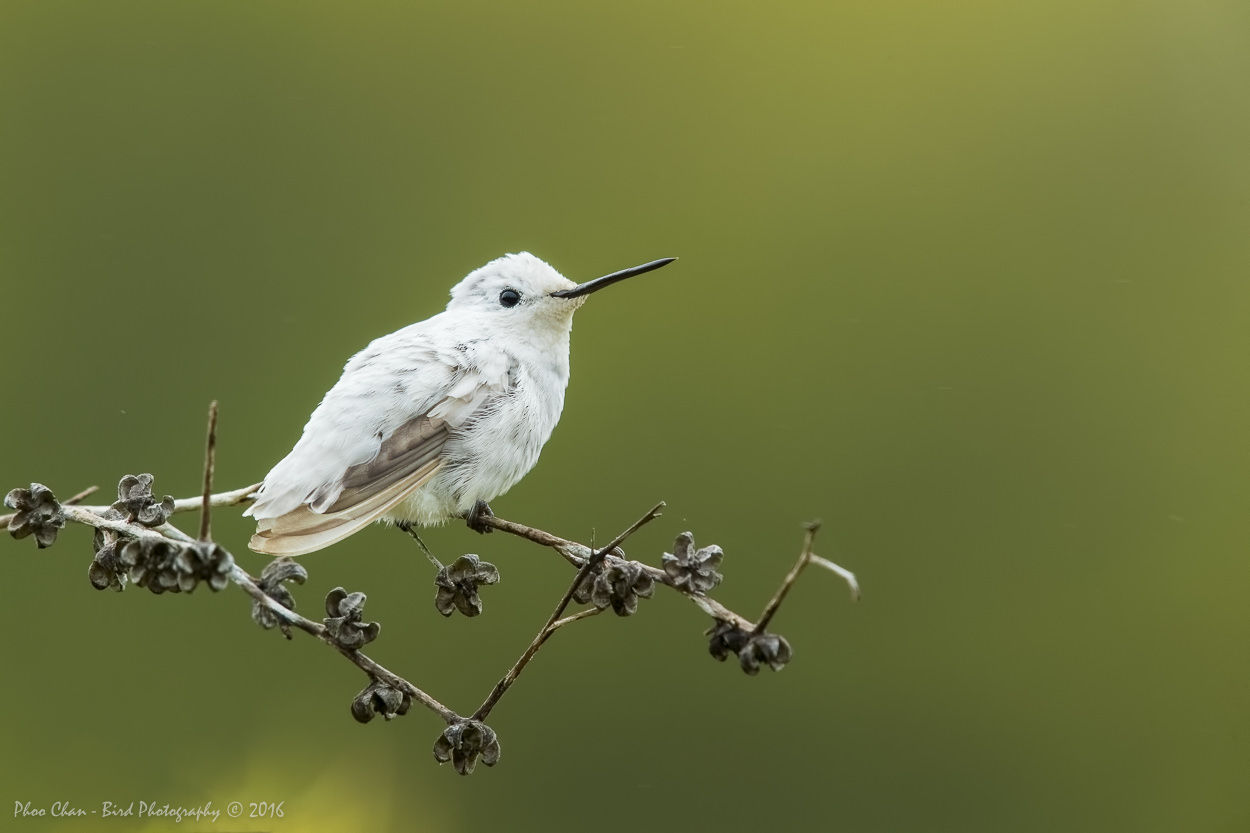 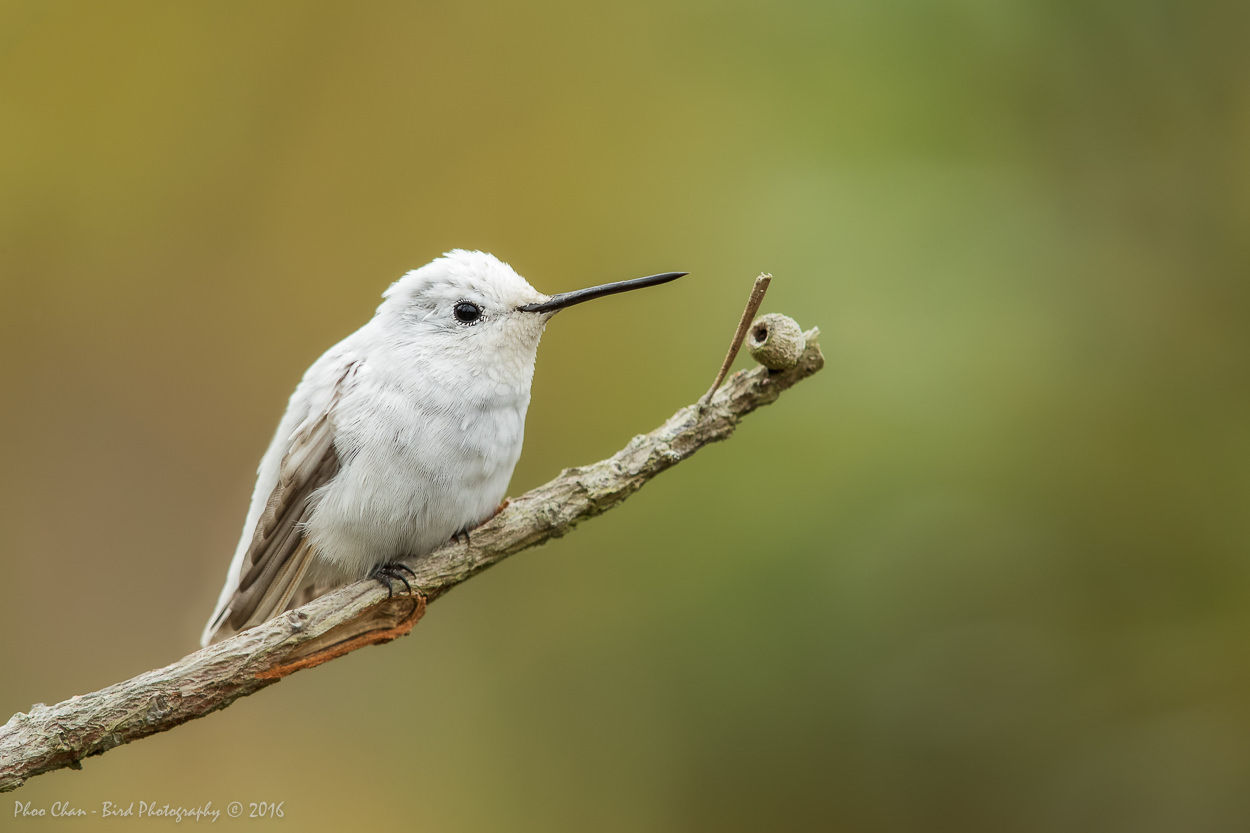 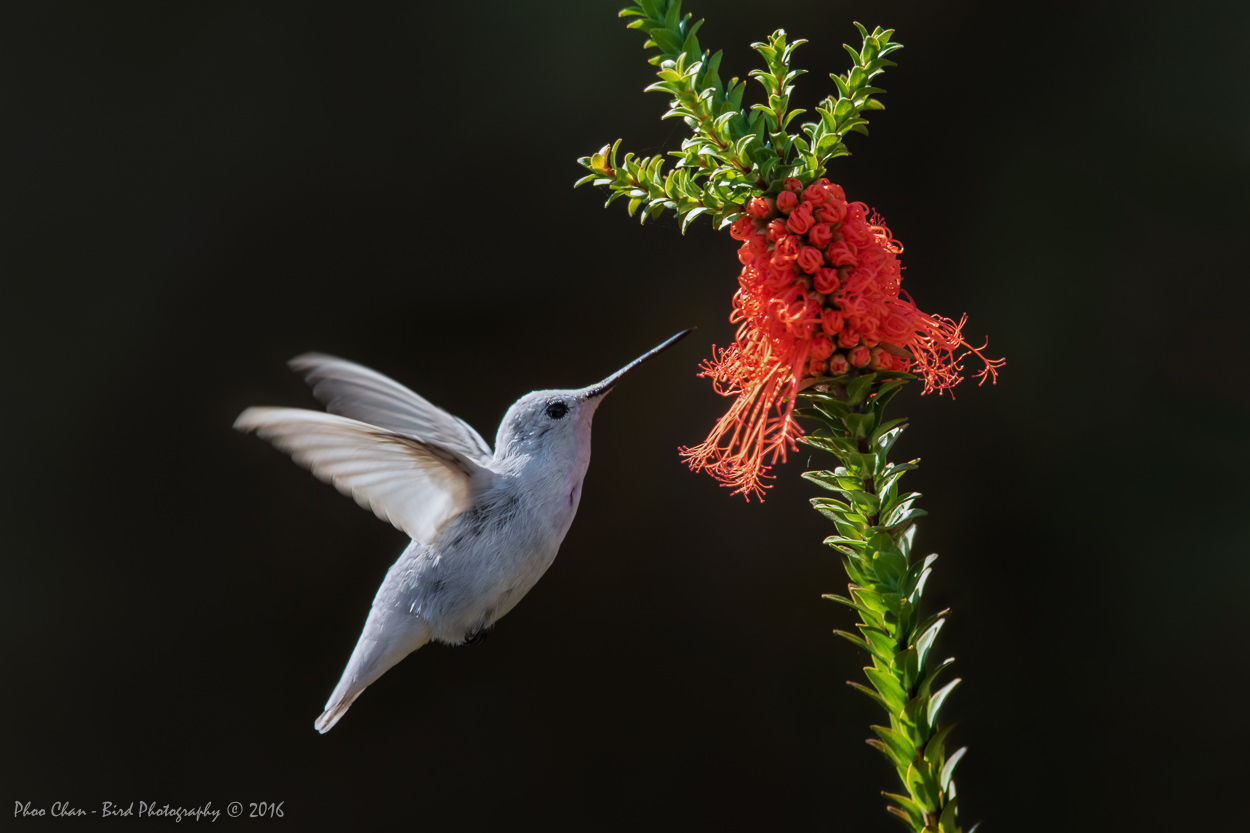 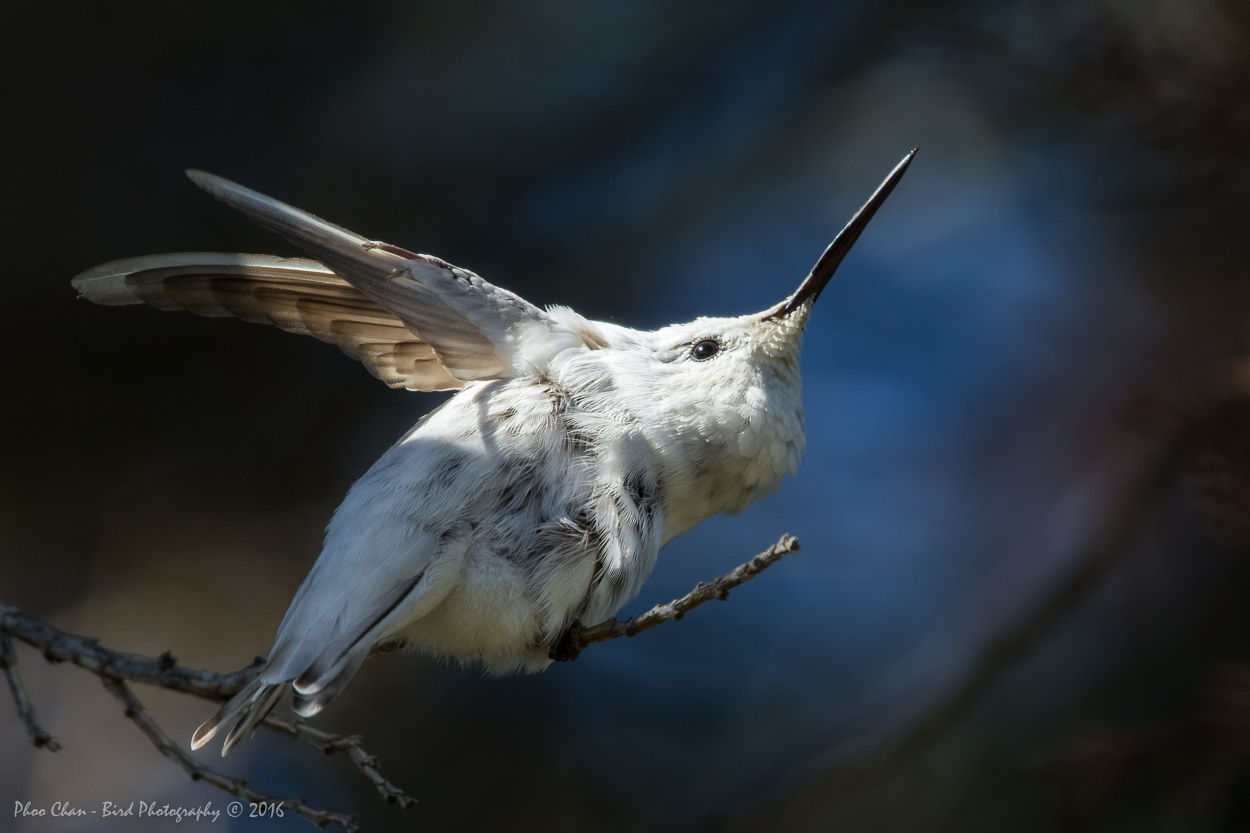 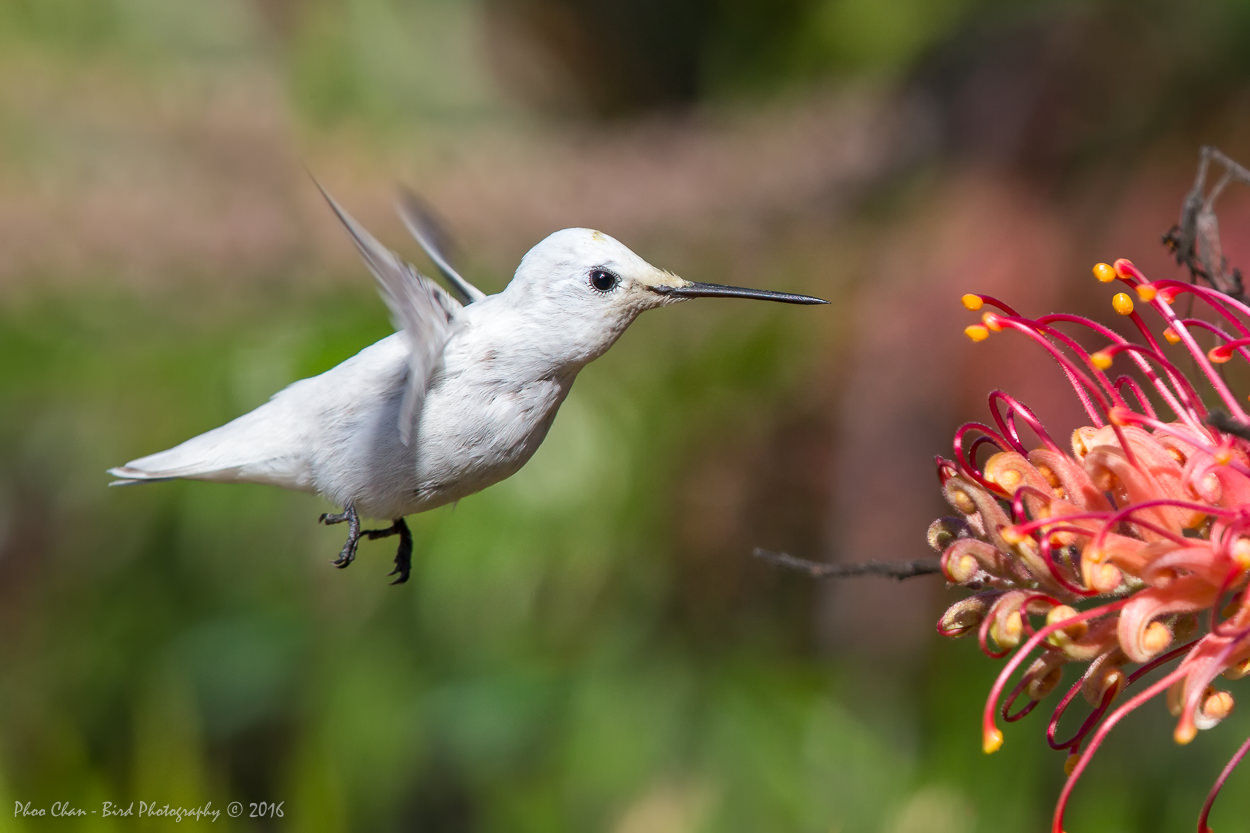 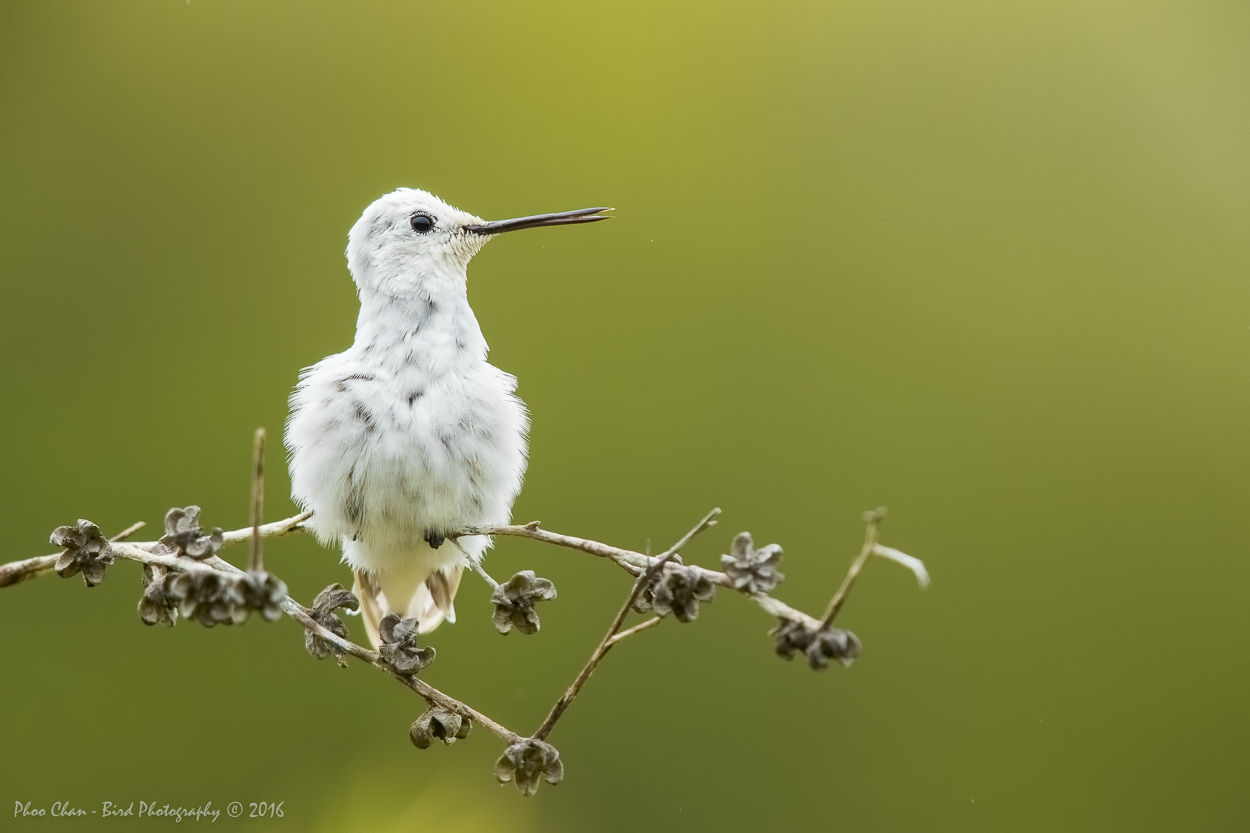 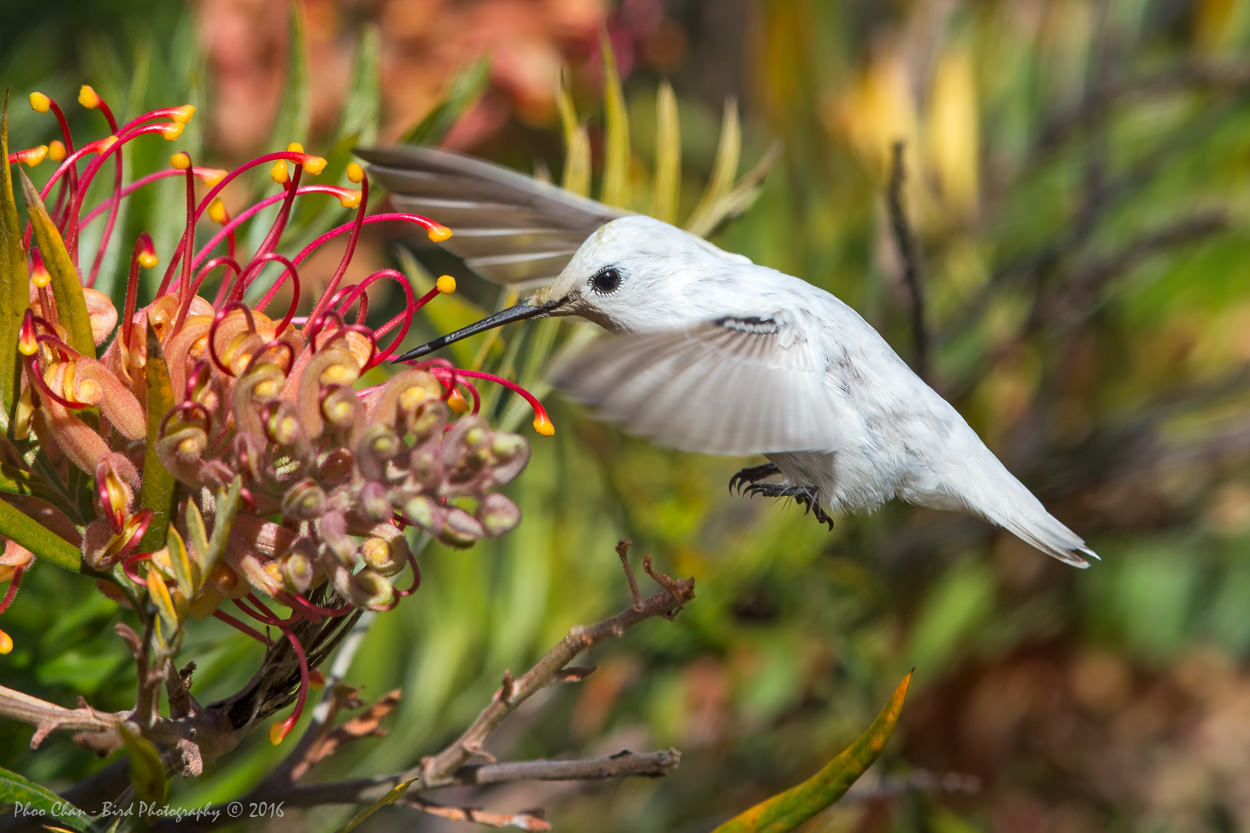 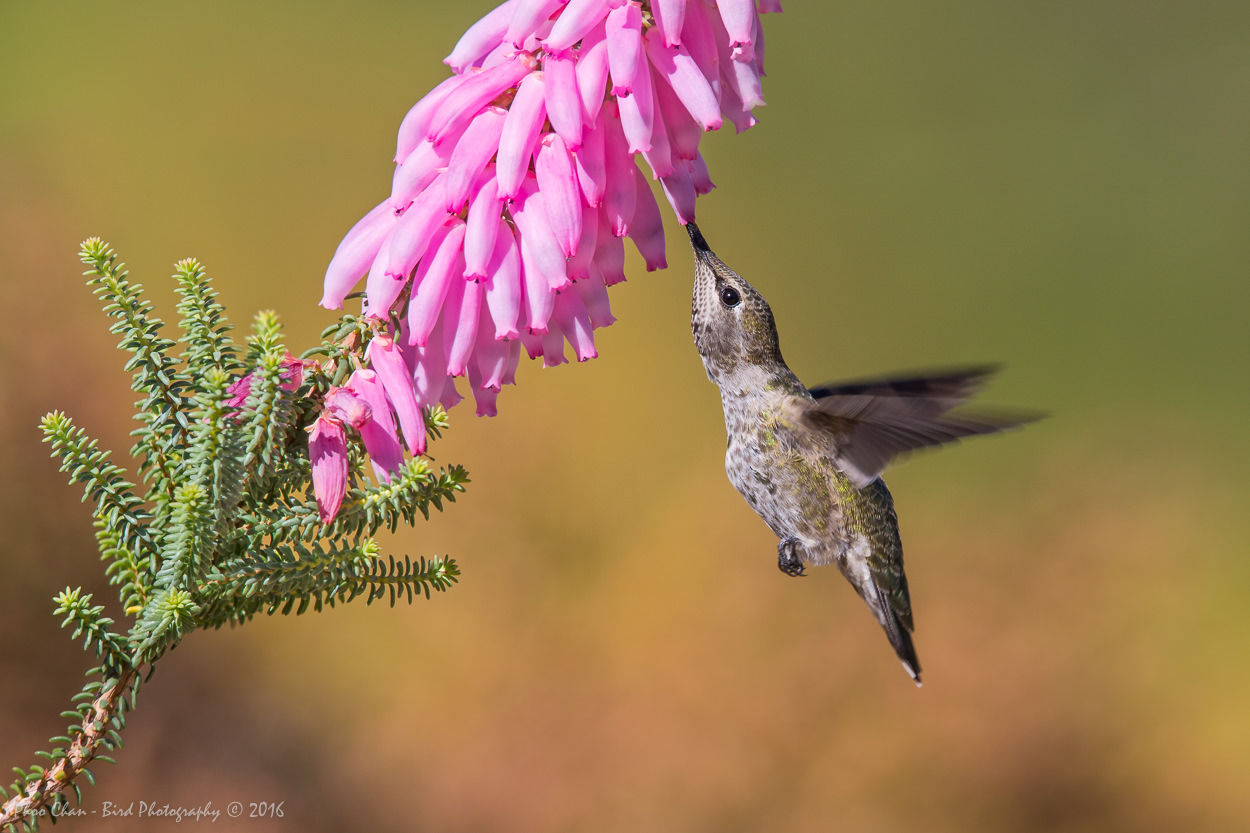 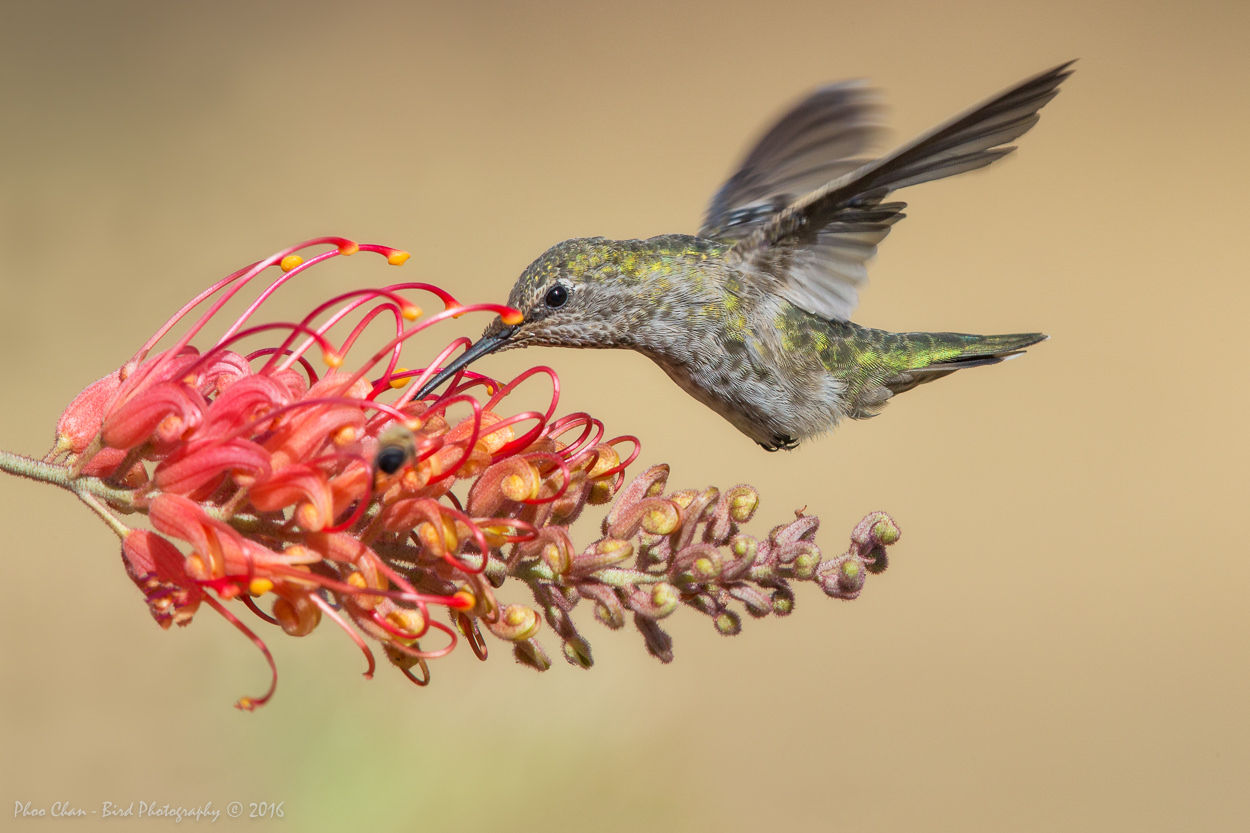 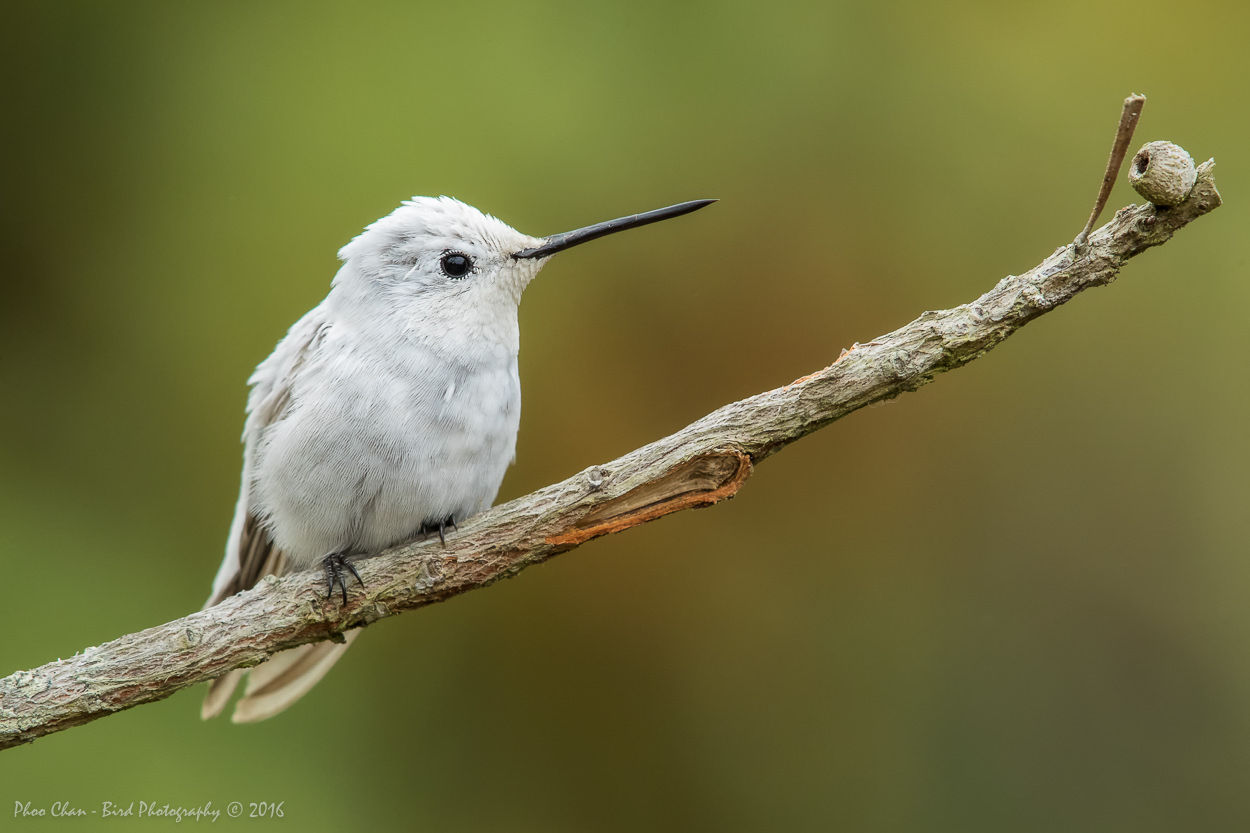 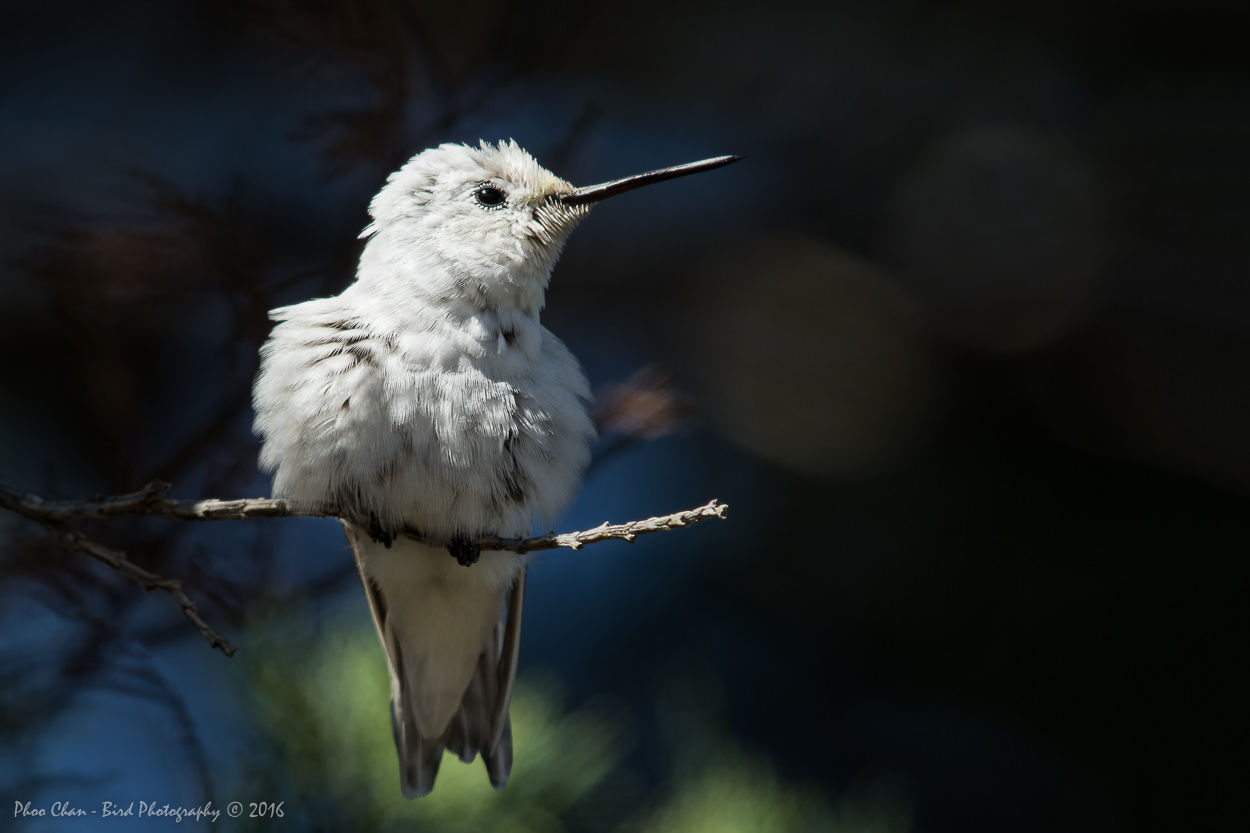 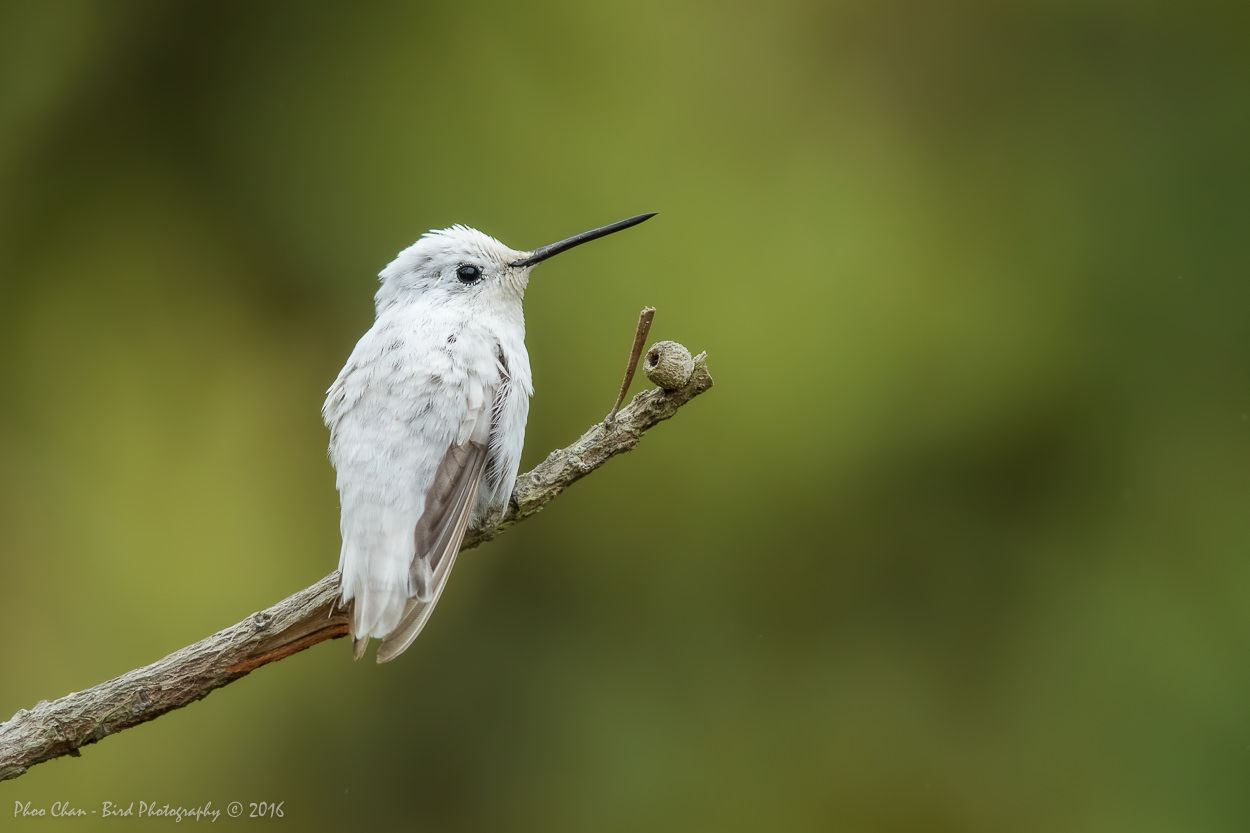 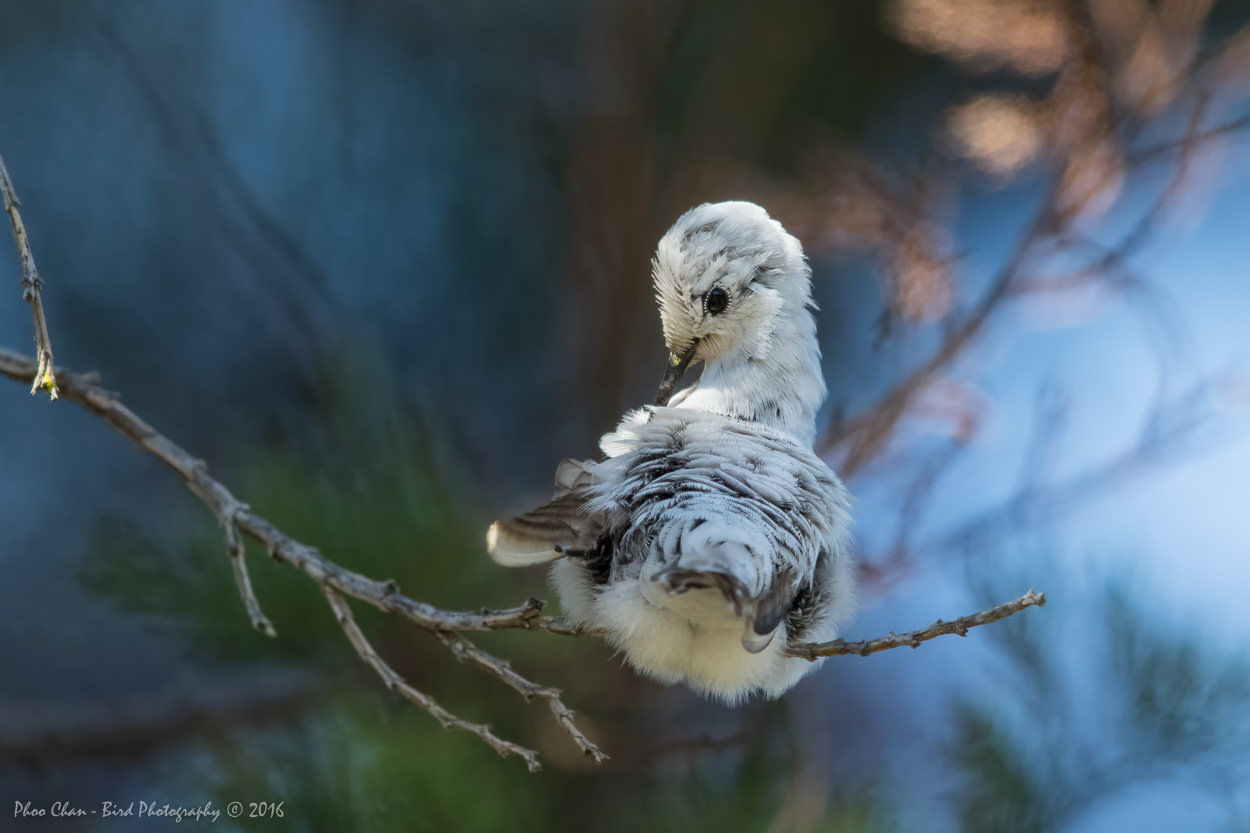 Many of us have been blessed with a rare sighting of a leucistic Anna’s hummingbird that made its appearances at the University of California, Santa Cruz Arboretum. Many even believe that such unusual encounter symbolizes good prosperity spiritually. I was able to get a few shots back in June when it first made its appearances. It was rather skittish back then that I had to make three trips to get somewhat desirable shots. Perhaps I’m lacking some good luck charms compared to a few local photographers whom I’m always jealous of like Ken Phenicie and Thinh Bui.  I was still not happy with what I captured and ready to go back but for some reasons I was told the white hummer was gone. Spontaneously, I thought that was the end of the white hummer. Leucism is a condition where there is partial loss of pigmentation resulting in white, pale, or patchy coloration of the skin, hair, feathers, scales or cuticle, but not the eyes. Unlike albinism, it is caused by a reduction in multiple types of pigment, not just melanin (Wikipedia).  Many have mistaken this phenomenon with albinism which is characterized by the complete or partial absence of pigment in the skin, hair and eyes. According to the California Audubon Society, the lack of bright color may cause a leucistic bird to appear unattractive to mates and at greater danger of being attacked by predators. Lighter plumage may rob the birds of protective camouflage and make them more vulnerable to predators such as hawks and feral cats. Since plumage colors play an important role in courtship rituals, birds with leucism may be unable to find strong, healthy mates. Melanin is also an important structural component of feathers, and birds with extensive leucism have weaker feathers that will wear out more swiftly. As the result, this makes their flight more difficult and eliminating some of the bird’s insulation against harsh weather. Anyway, back to talking about our little friend. I saw a few postings of the same white hummer sometime in September.  Based on the exif data, they were very recent although I know some of the photographers do play some tricks with the dates on their exif. Later, a few close friends made a trip and managed to get some really good close up shots that I decided to try my luck again.  Sure enough our little friend was back bringing more photographers than before. This little guy was sure to be very tough one to have survived against all odds. As usual it was further proven when he kept chasing the others which came close to its territory. For some reasons, he came back way tamer compared to a few months back when even with a bare 400mm lens you could get a full frame shot when it was perching. I was using my 600mm + 1.4x and 2.0x TC; hence it was even easier for me. It was an overcast day that provided the soft lighting which I liked a great deal especially with this little white subject which can be easily over exposed as soon as the sun comes out.  As usual I took way more shots that I needed to but I can’t help it with such excellent lighting and not to mention this beautiful and friendly ever obliging super model. It was not easy to pick and keep a good spot when you have so many photographers trying to get the same share of desireable shots with such limited space surrounding good perches and flowers not to mention the drama that came with it. As a matter of fact, there were photographers exchanging harsh words over the white hummer. Perhaps luck was on my side on that day that I was able to get the shot that I had visualized in my mind when I saw the beautiful blossom of the Swamp Bottlebrush. It was well worth the wait and missing other shots just to get the white hummer to the blossom even it was less than a second that it got into the frame with the blossom. I have visualized yet another frame of the white hummer hovering over yet another clean blossom shot at 1/250th sec of shutter speed with rain streaks in the background.  Until then, I have to keep checking and hoping that it will rain in Santa Cruz over a weekend.