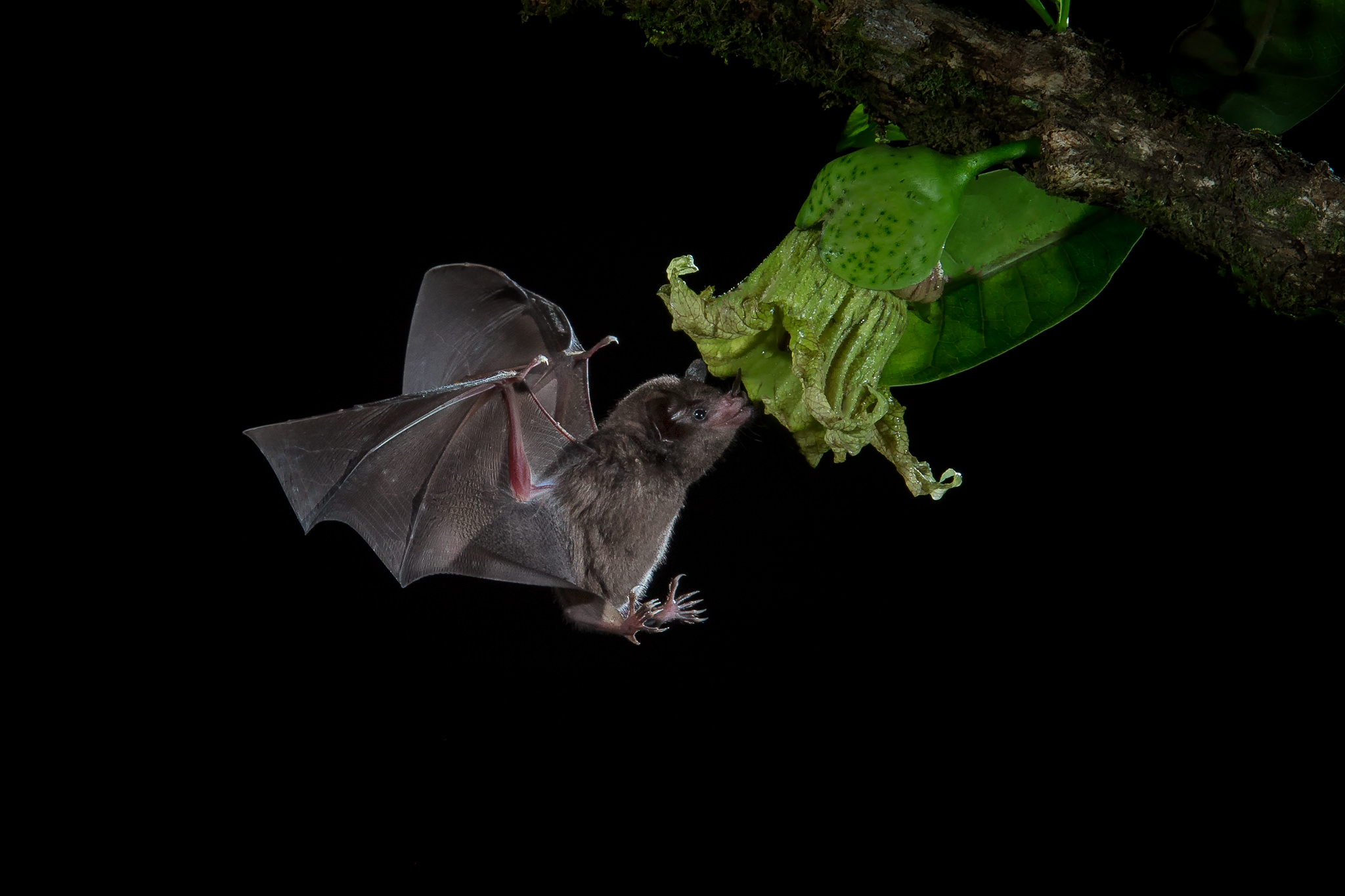 The lodge manager was kind enough to let us shoot at two feeders set-up at his own house. Despite the beauty and various species of tanagers kept posing for us, we quickly became blasse due to so many of them and we have seen them at the lodge as well as in Cinchona. We were only intrigued by those feeding their young as not to repeat what we have already captured. However, when we got home, we regretted that we did not keep shooting when we had the opportunity. Perhaps were overwhelmed by the number of birds that kept showing up until we became overly selective. Another highlight at Laguna del Lagarto lodge was capturing the long-tongued bat at night which was quite a challenge since the window of opportunity was very short. It was almost as if the bats have a fixed time for them to come out for food which we missed entirely on the first night. We returned much earlier the following night setting up our multi-flash set-up and positioning our gears. In the pitch dark we heard them flapping around which was a good sign but we were faced with another challenge to make sure the bats were in our frame when we triggered the remote flash. This was our first experience and none of us ever done it before. Basically, everyone’s cameras were pre-focussed, set on bulb mode and only one person will be in charge of triggering the flash remote. We each took turn and have the person with best reflexes to be our point of trigger. It was good not only to see the bats showing up in our shots but with their poses showing the long tongue as the name called for. We were happy with what we got despite we missed the first night to have gotten more shots. 70-200mm would be an ideal lens for this set-up. The last highlight for this spot is the infamous King Vulture hide, which was one of only 3 of its kind available worldwide, Brazil,  Hungary, and Costa Rica. The hide was designed by Bence Máté  of  Hide Photography that attracts photographers from all over the world for the past 4 years. The hide was set-up with a one-way mirror where the subject(s) can only see their reflections from the outside while those inside the hide can shoot the subject thru the glass/mirror. The hide can seat four photographer but be prepared to get wet with your own sweat since the only ventilation was thru a tiny little gap under the mirror so you’re pretty much being baked inside the.slow cooking oven. Why slow cooking? well it’s a very long wait since the this King Vulture not only skittish but need to wait for the right auspicious moment to make its big appearance. Another big no no especially for those equipped with good nose is the filty stench of the rotten cow head used as the bait coming thru the tiny ventilation gap into the hide. Now not only you’re slowly cooking inside, the little precious air that flowed inside were laced with a deadly smell and yet you’re not supposed to make any sudden movements as not to let the vultures the feeling that they are being watched. The one plus side is you don’t have to pay for the hide if the King did not show up but trust me – no one in their right mind would want to be cooked inside for free.. wait that still doesn’t sound right.. Up next Cerro Lodge.. Stay tuned..